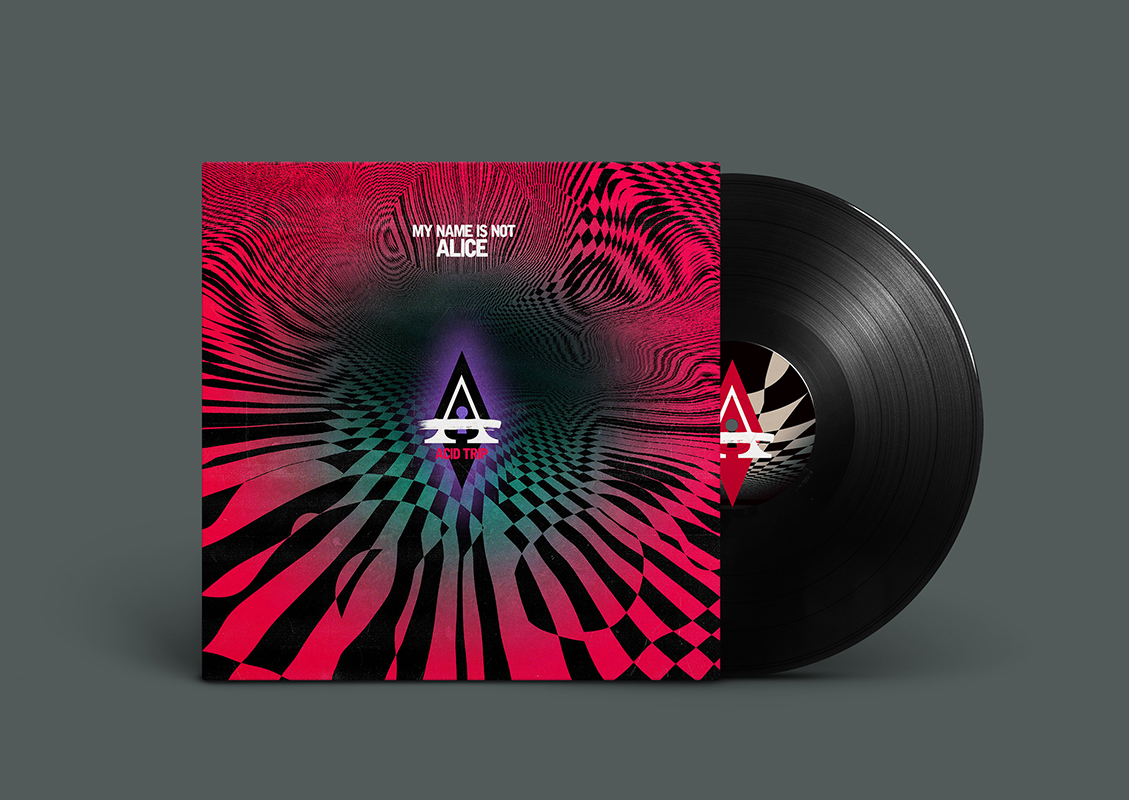 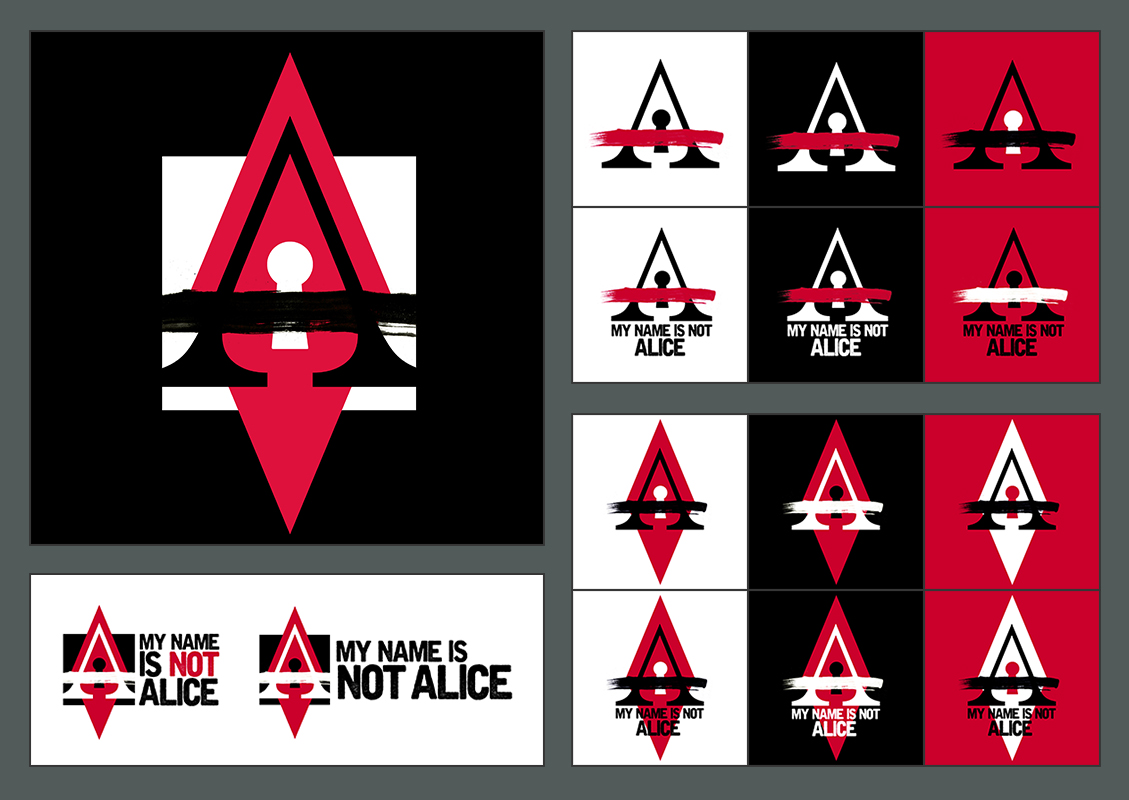 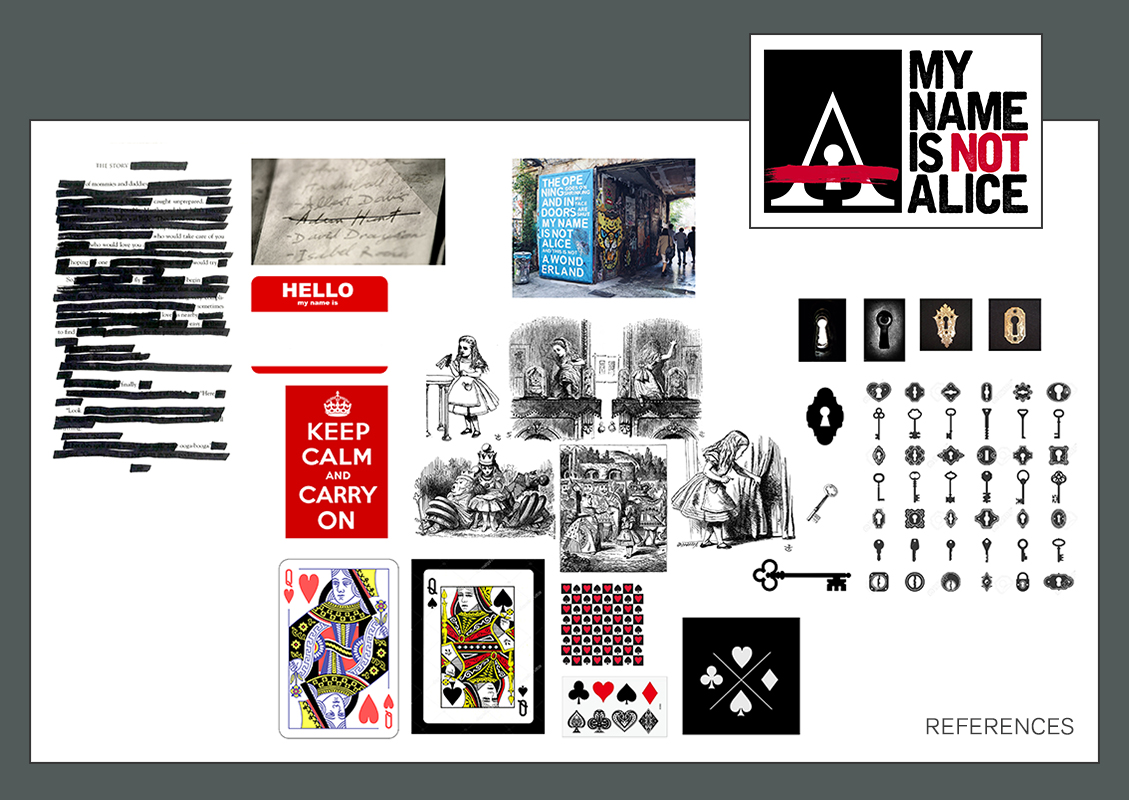 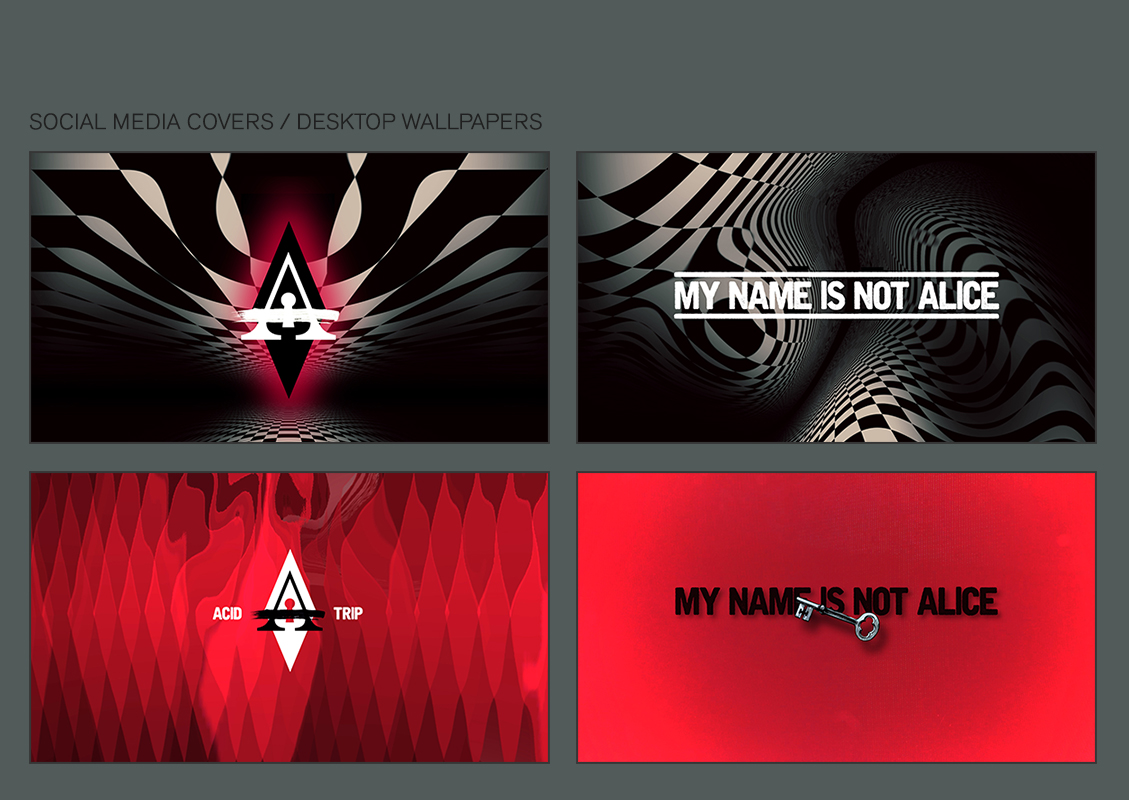 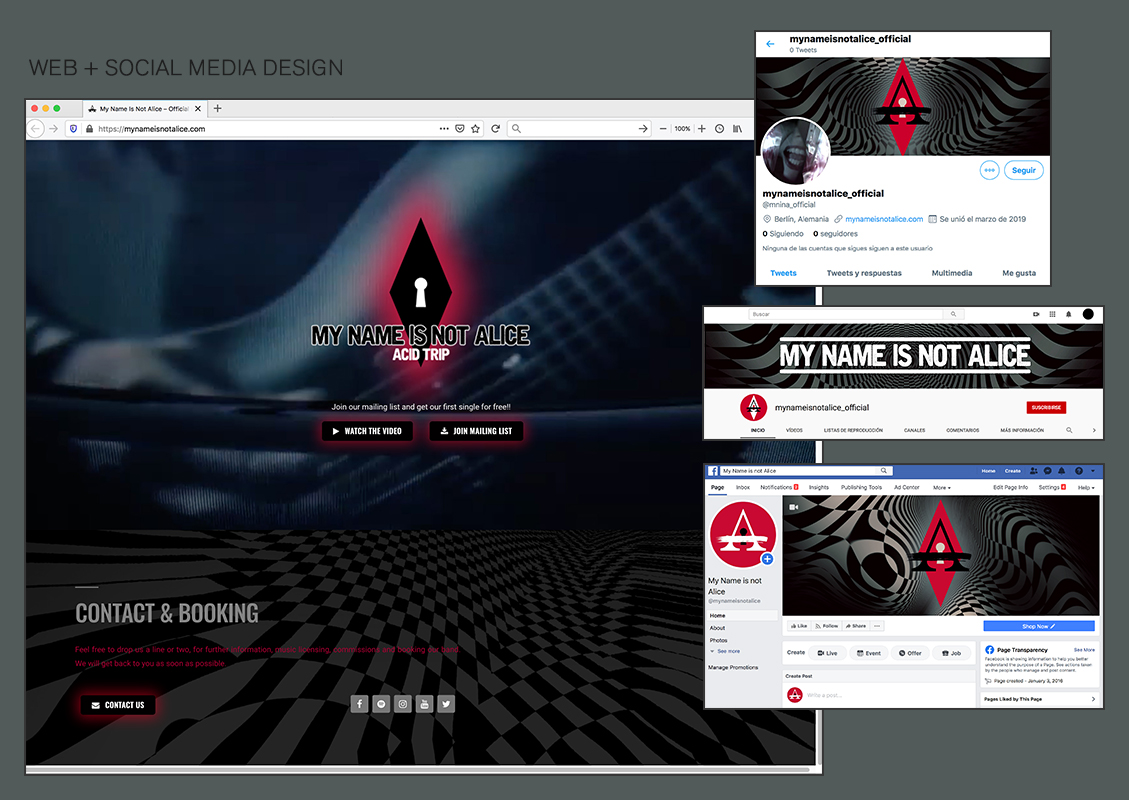 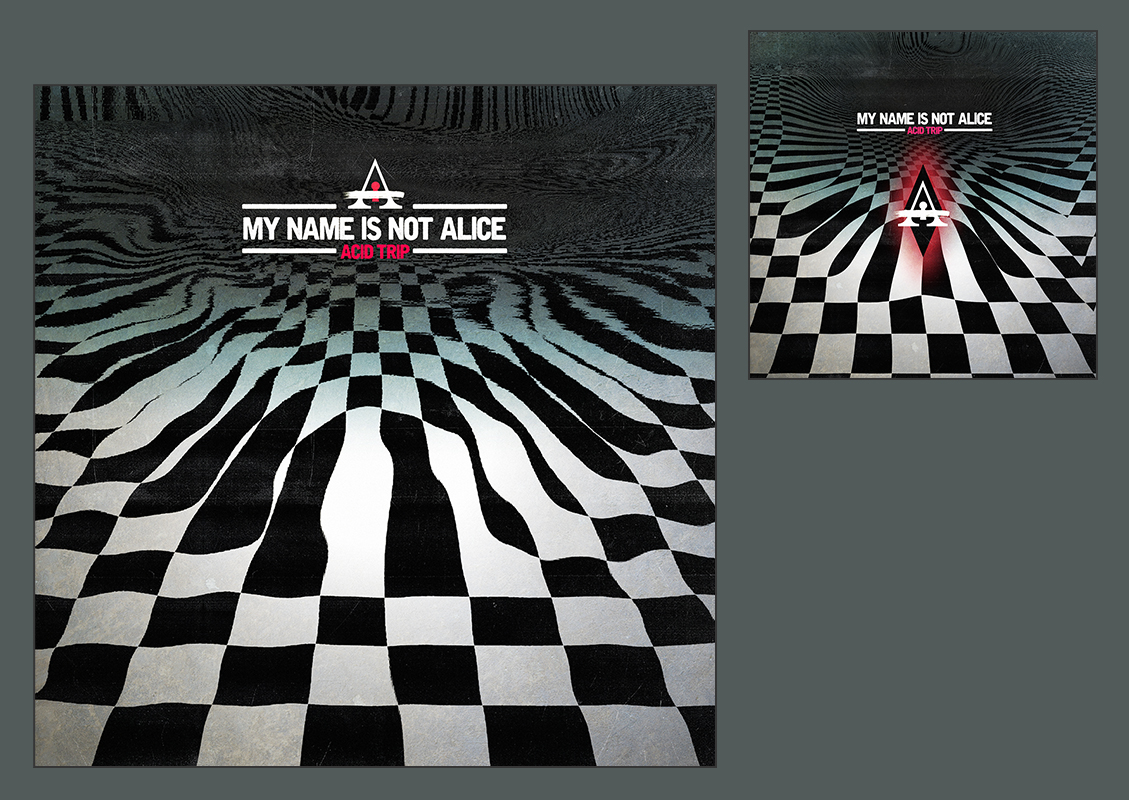 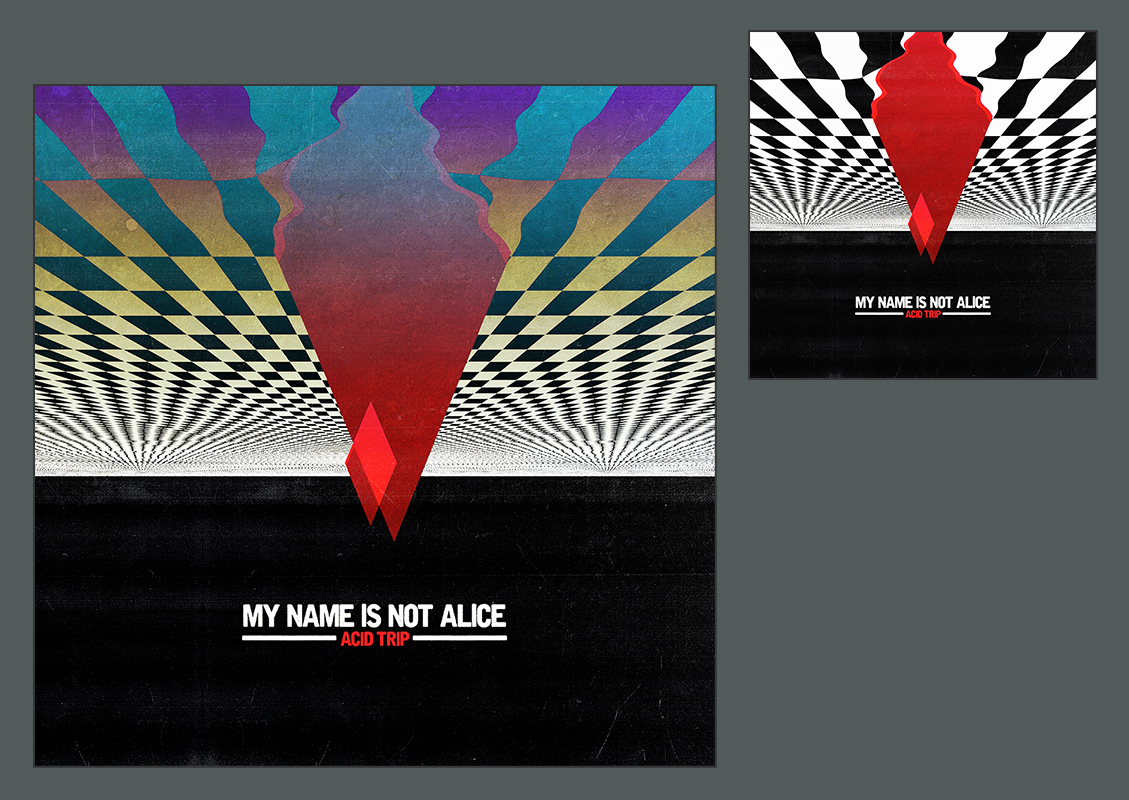 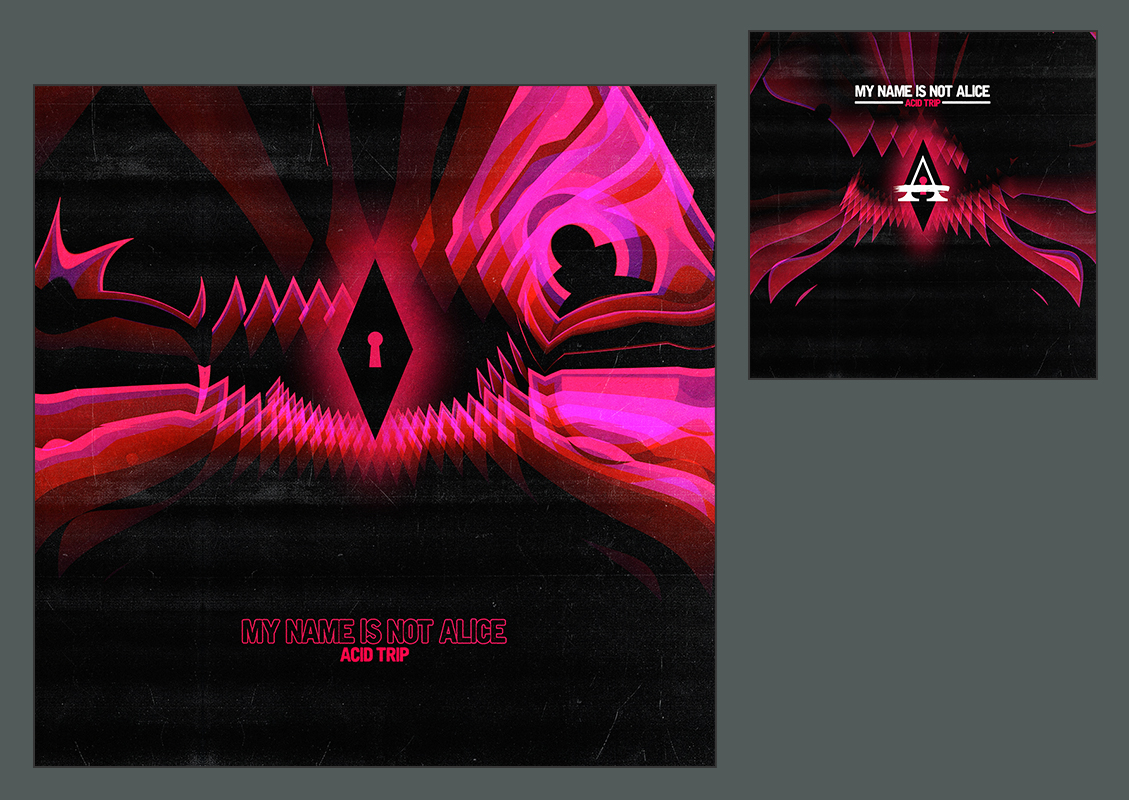 Art direction for music band My Name Is Not Alice, including logo and symbol design, artworks for vinyl covers, music video, website design and social media graphic elements. Designed by Geso between 2018 and 2019.

My Name Is Not Alice is a new music band founded by Giba Ferraz and Barbara Milano. With influences that goes from Radiohead to Queens Of The Stone Age, including traces from psychedelic rock, pop music and gothic rock.

I decided to use as main concept for the design all the symbolic references found in ‘Alice in Wonderland’ and also the negation within the name of the band. Started creating the symbol and logo, as from there the concept will grow in different directions. After that, the second step was to work in the music video, being this the most effective tool for promotion and also the source of most of the graphics that later on would be applied on physical and digital formats, such as the website and the upcoming single and album release.

For the moment, website and music video are online, but the first single is still waiting for a release date.