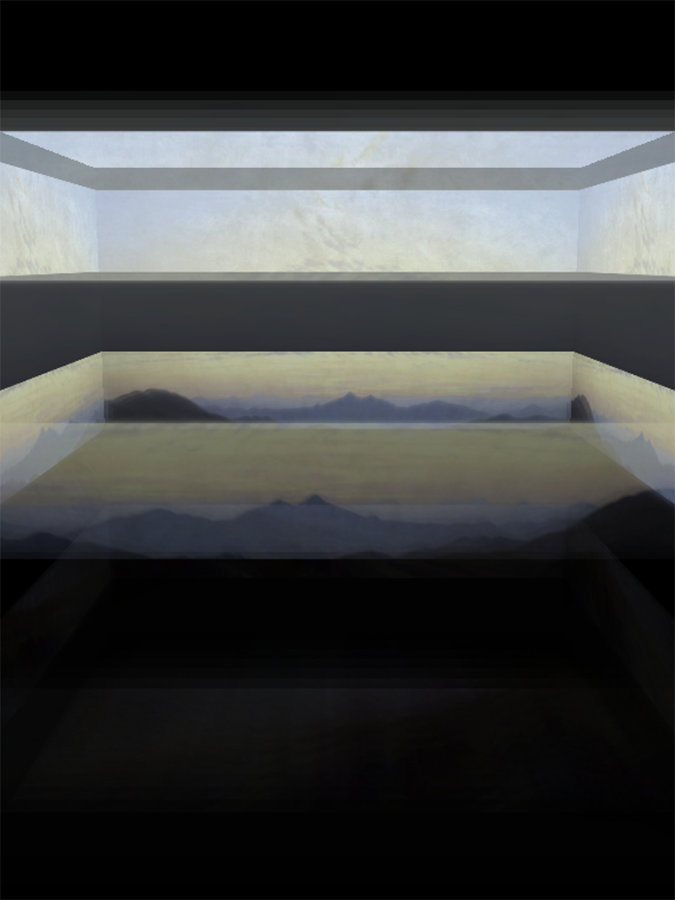 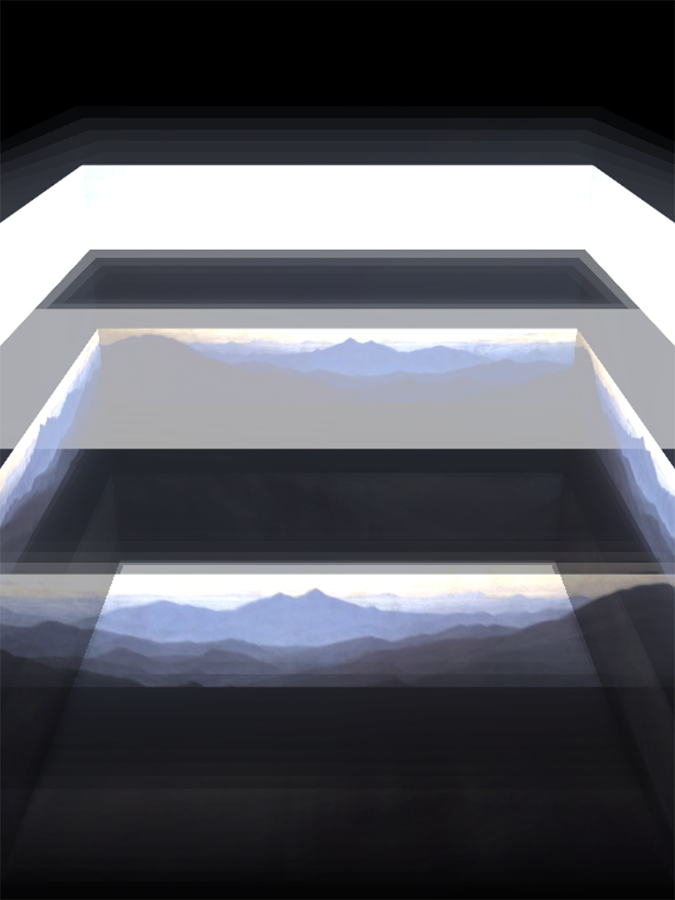 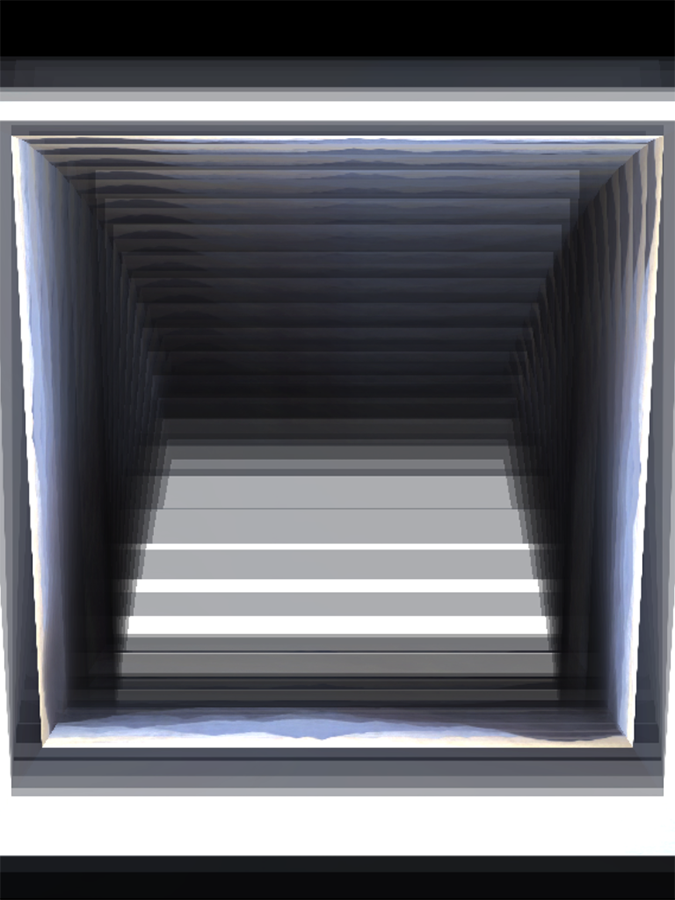 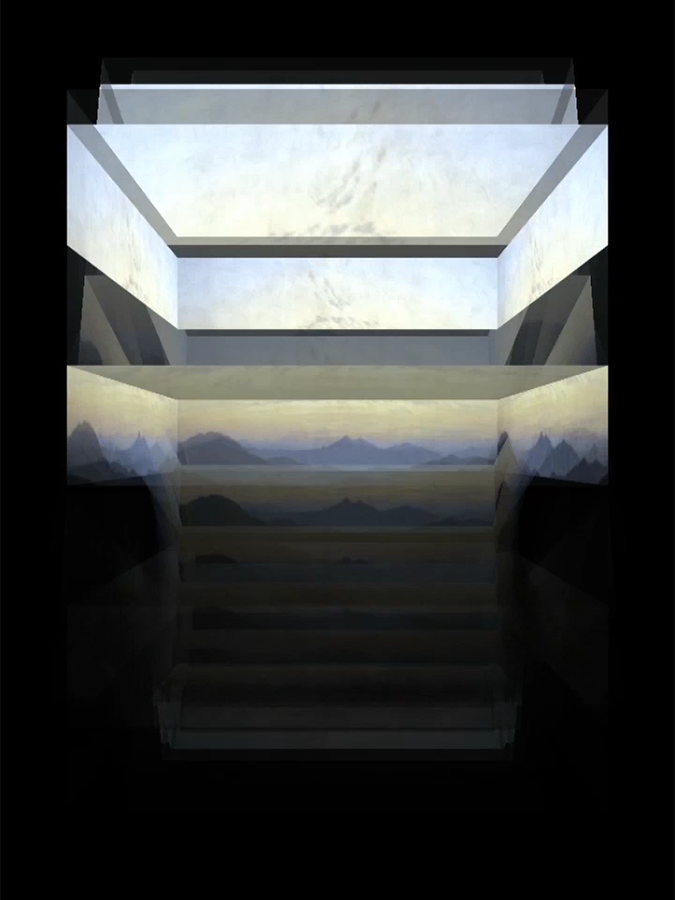 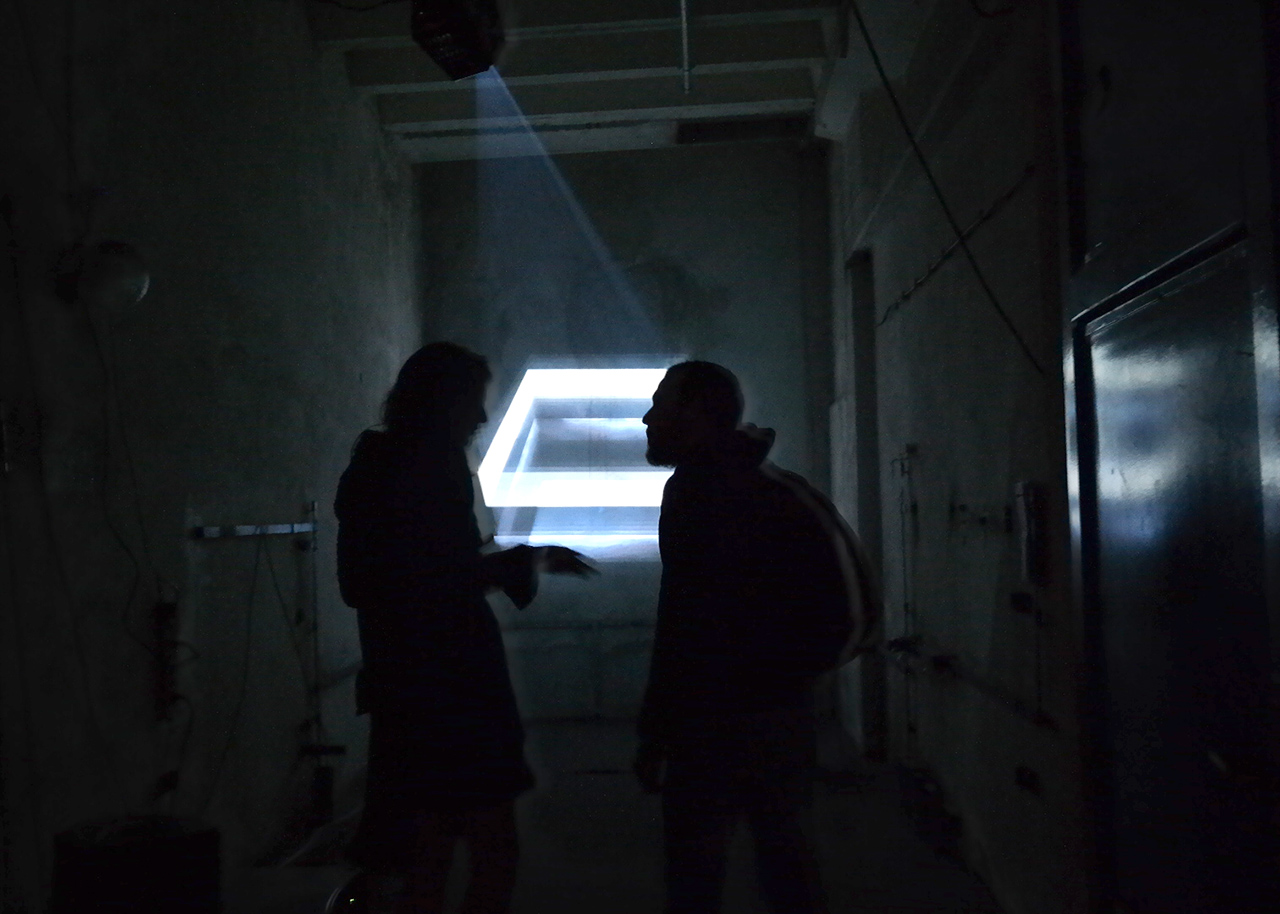 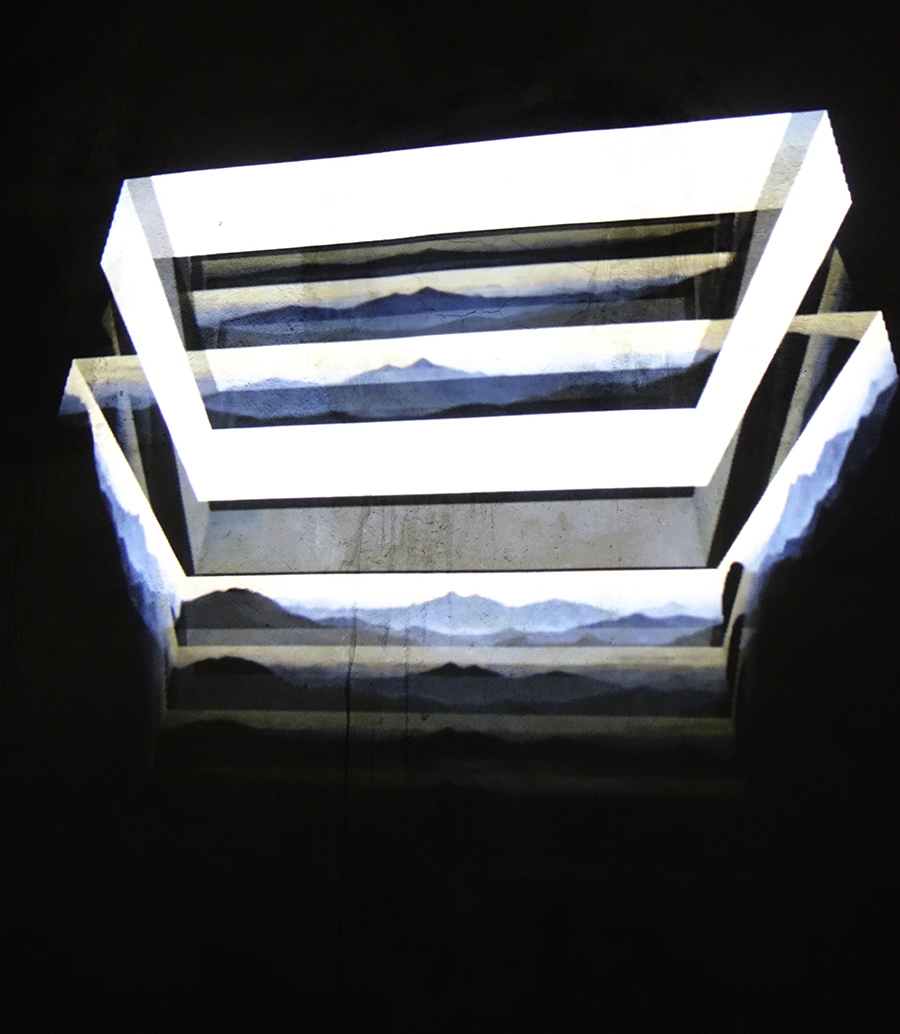 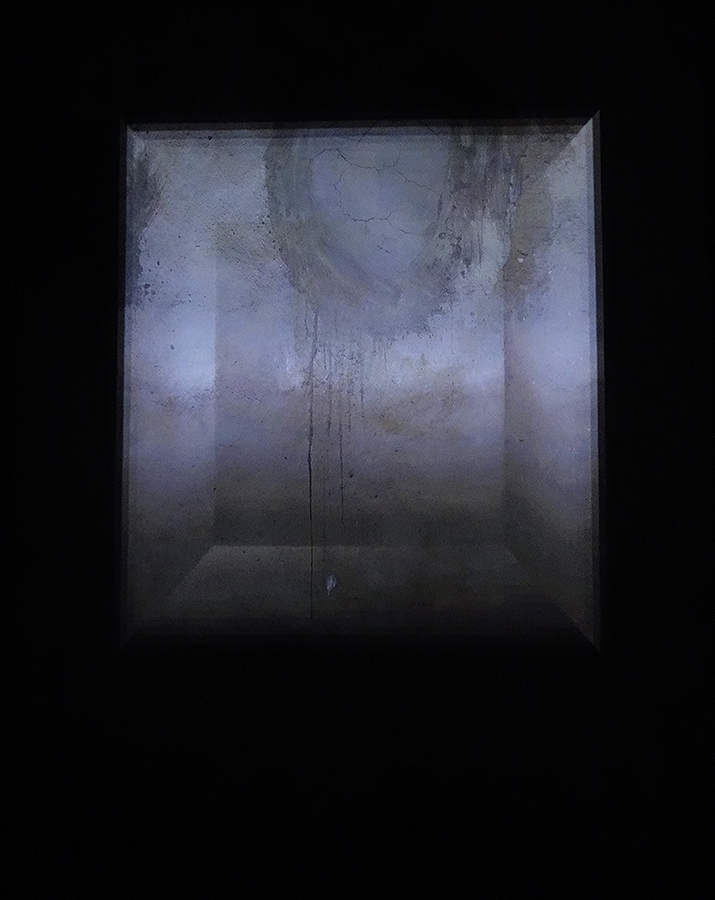 Pastoral is a play on outside and inside, the bucolic natural world with the industrial realities of the Kraftwerk space. Emerging as if from a rift in the architecture of the power plant, the visuals distort the natural environment into abstracted geometry, warped in a disorienting, gradually shifting architecture of image. Kirn‘s generative music and sound likewise deconstructs a portrait of the static harmonies of Beethoven‘s Sixth Symphony, producing a musical space to match the visual. With each drawing on a deconstructed rendition of patterning, inspired by the use of repetition in the Beethoven piece, they produce a creative work that consumes itself, as the productive power of fossil fuel electrical generation has itself consumed its environment. Pastoral is a site-specific work commissioned for Kraftwerk by Berlin Atonal.

Geso‘s visual work is a reinterpretation of classic painting The Riesengbirge by Caspar David Friedrich, that challenges the viewer with a landscaping experience, connected with the feelings of loneliness but also of braveness that every human being in a quest for adventure (life itself) shares.