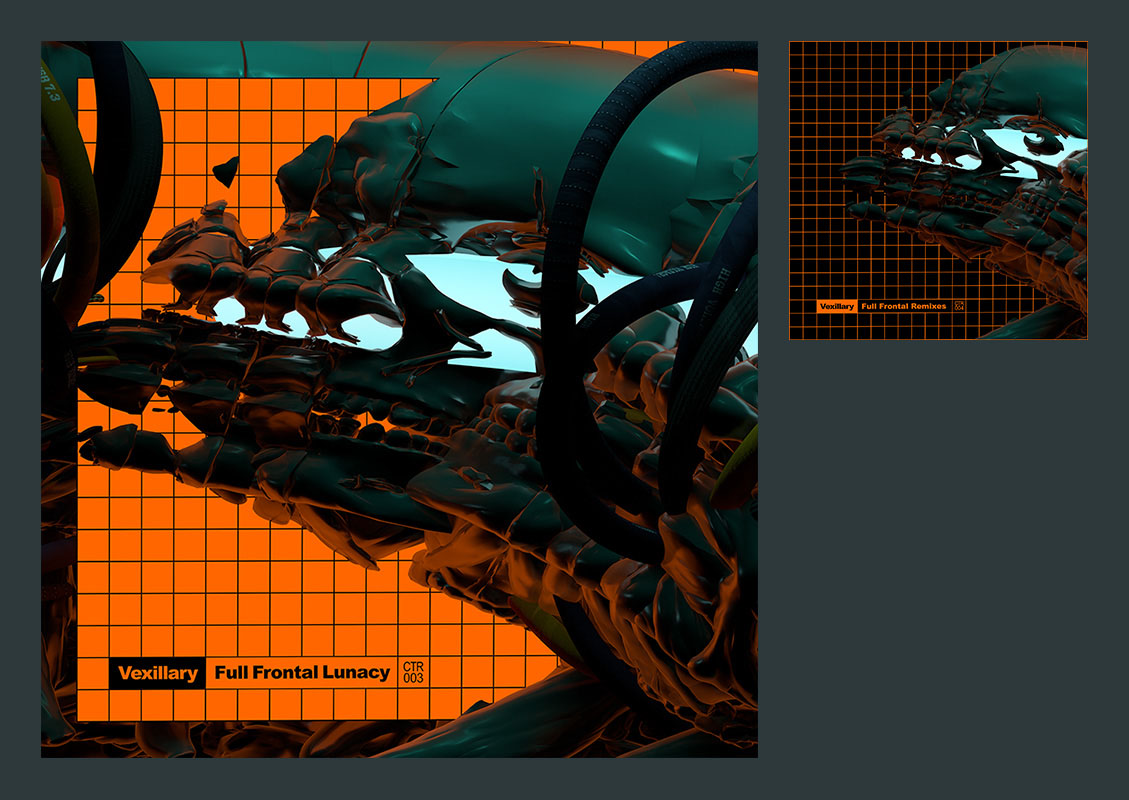 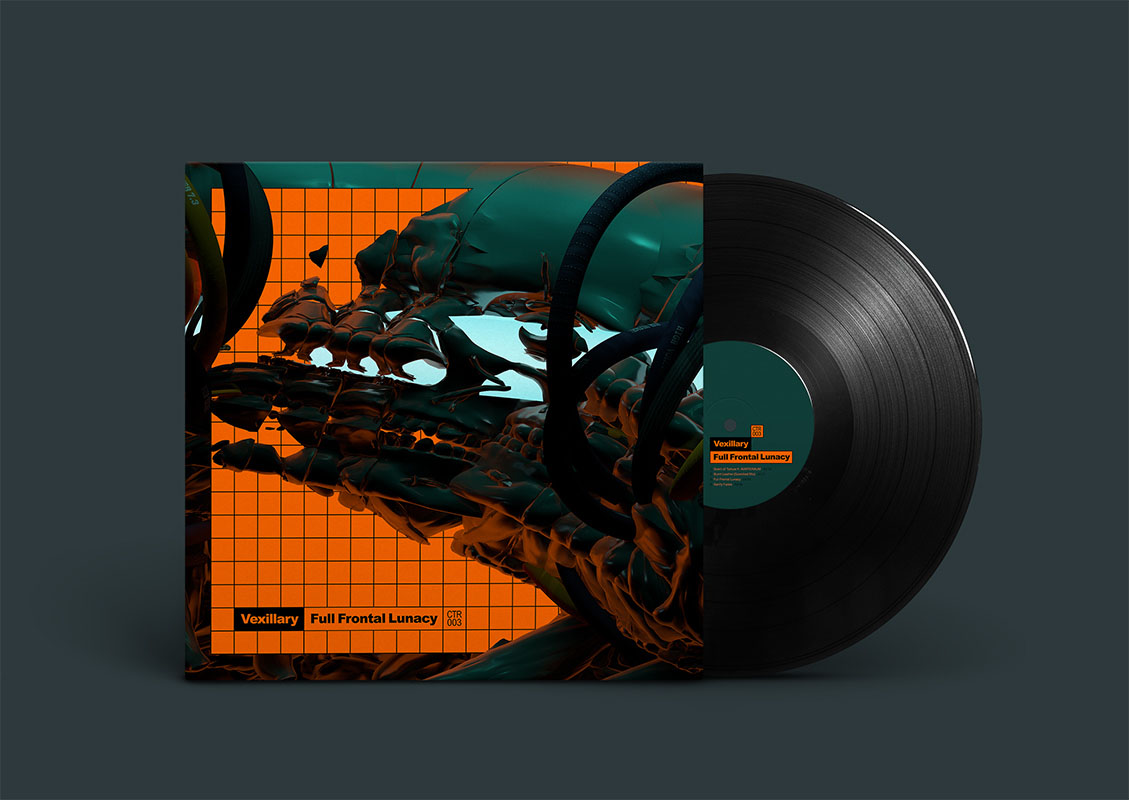 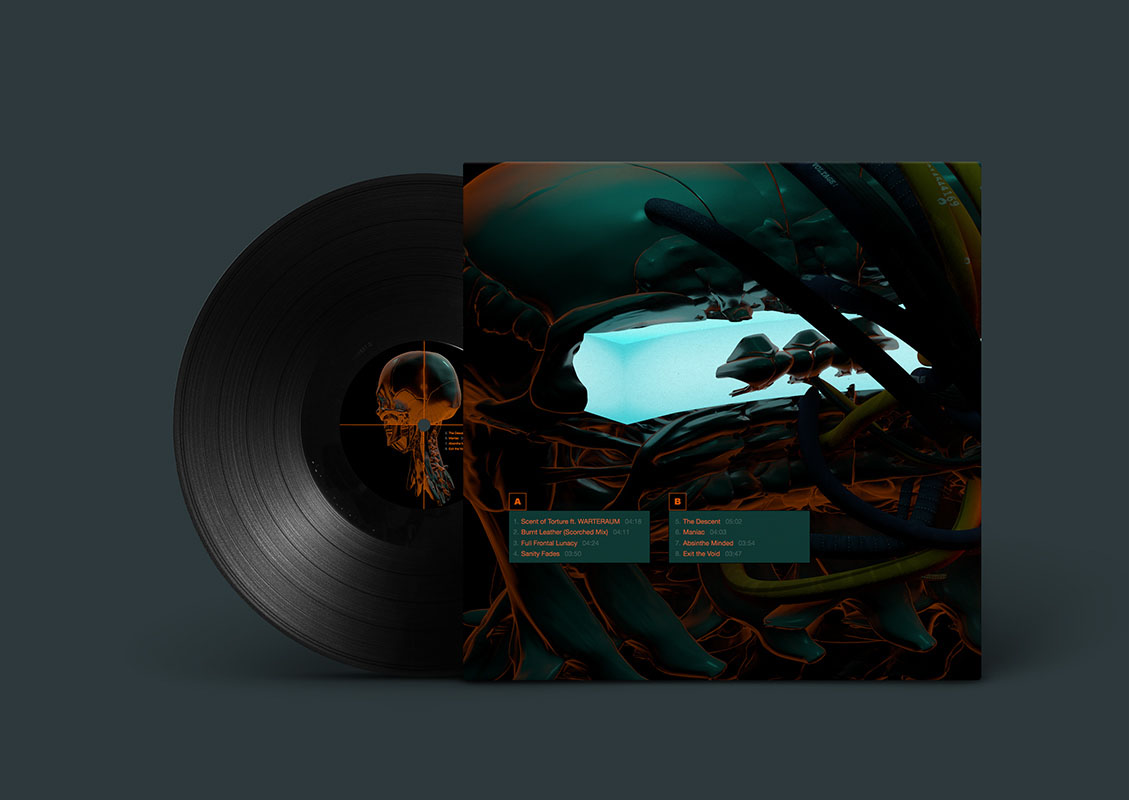 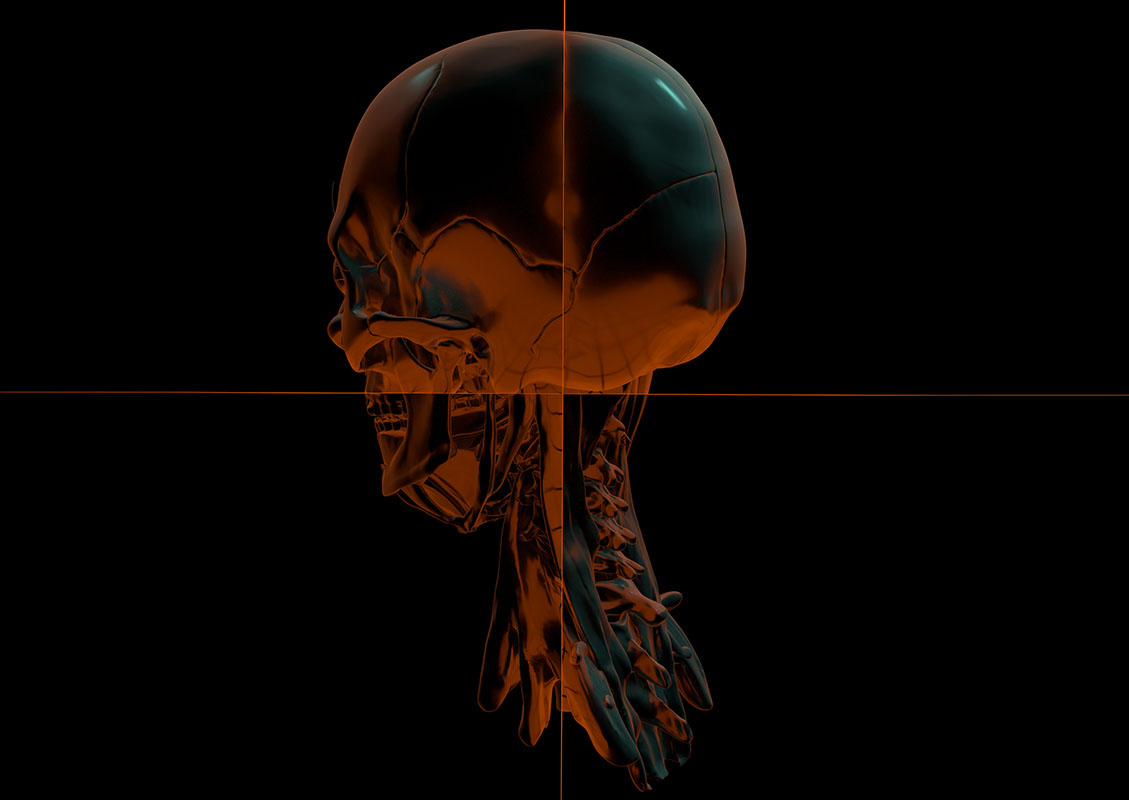 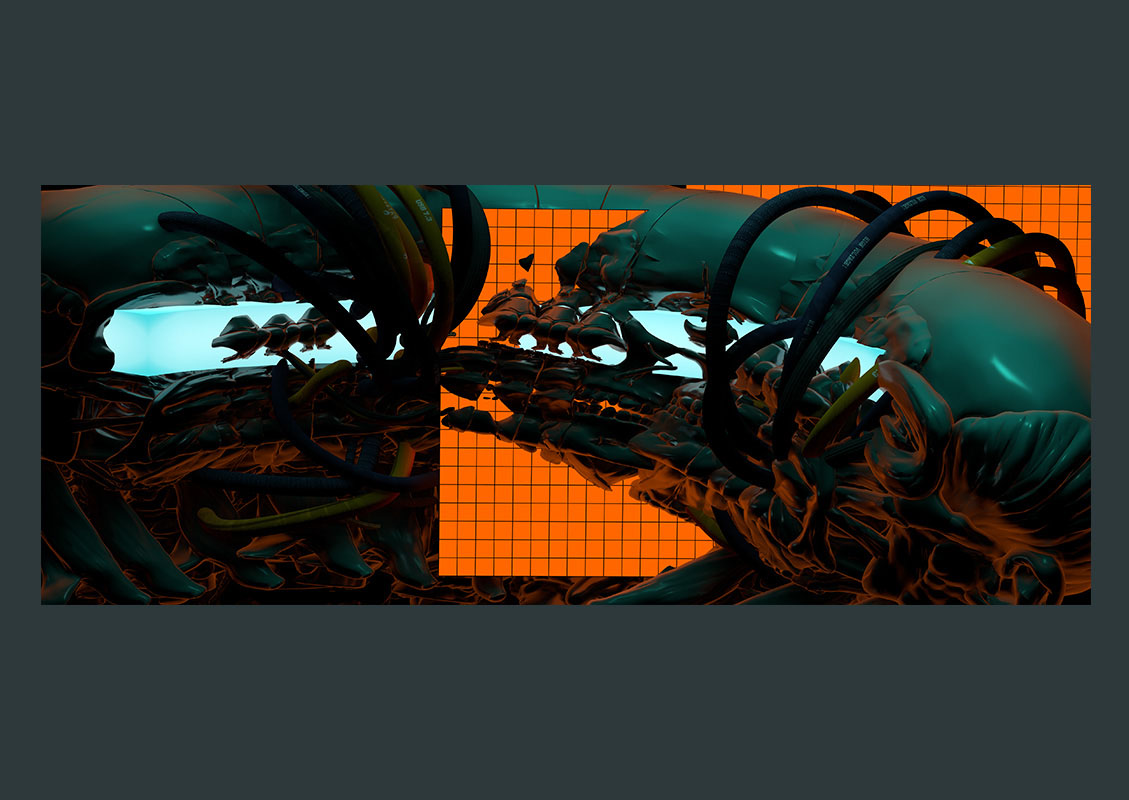 Cover artwork for Vexillary‘s debut album “Full Frontal Lunacy” published on October 31, 2021 on Con.trace music label. The album has been released as digital and a limited edition tape. Here you can also find a mock-up of a possible vinyl edition, where I have combined different artworks that were related.

This is one of my original 3D artworks created on 2021 and licensed by request as cover artwork for Vexillary. The dark electronic, EBM and industrial traces found in the music style of Vexillary fits perfect with the tune of this artwork. Originally created as an spherical panorama used in a visual show that was presented at Lunchmeat Festival 2020, the artwork was never published before commercially.

Vexillary is the brainchild of New Yorker Reza Seirafi. His diverse work is seeded with a singular undercurrent of gloom and shaped by his unique music productions. “Full Frontal Lunacy” is Vexillary’s first proper full-length album after a steady string of EPs is the result of such experiment. Working around the clock often through long caffeine fueled sessions, Vexillary took on a method actor’s approach to lock himself into the manic state needed to arrive at the intense sound suggested by the title of the record. The resulting 8 tracks that shape the record document the demise of a protagonist from flirting with madness and burnout, all the way to the point of total nervous breakdown and mania. But it’s not all doom and gloom as the record ends on a beautiful note in ‘Exit the Void’ to suggest a new beginning, or is it a celebration of a cruel end? You’ll have to listen to the full album to come to your own conclusion as there is way more than meets the mind in the twisted world of Full Frontal Lunacy.